The Power of Video

In 1991, a man named George Holliday used his newly purchased camcorder to film Rodney King, an unarmed Black man being beaten by Los Angeles police officers, from the balcony of his apartment. Holliday later sent the footage to a local news channel, which was then picked up as a national story. For many across the country, it was the first time they were able to see the deeply ingrained systemic violence that Black and Brown people have always known.

Footage of the injustice galvanized human rights activists and community leaders, sparking protests and shedding light on race relations that our country could no longer ignore. In part, WITNESS was born in the wake of this tragedy as people began to understand the power of visual tools for human rights work.

Today, we see videos of violence against unarmed Black men far too often. From cases that garnered national attention like Mike Brown Jr. and Eric Garner to the countless stories that mainstream media never pick up, citizens are using cameras to bear witness.

Recently, we’ve seen videos of police officers water hosing and tear gassing protesters at Standing Rock in freezing temperatures, of chemical warfare in Syria, of an elderly man dragged across the floor of an airplane and so many more.

We see it. It’s there. And yet, justice is rarely served.

For my colleagues and I at WITNESS, this is what we’re fighting to change. It is our mission to ensure that anyone anywhere can use video and other technology to protect and defend human rights. Our work has helped verify war crimes, change discriminatory laws, secure justice for survivors of gender-based violence and protect indigenous lands against extractive industries.

We believe that if we train people to capture video in ways that make it more admissible as evidence in courtrooms (see our Video as Evidence Field Guide), or support them to create compelling media advocacy pieces (see our Video Advocacy Toolkit), we can leverage the power of citizen media to make a real impact.

The power to create change through video is not solely for activists and organizers. Nearly everyone these days has a camera in their pocket – the technology for capturing abuses, and the potential to bring perpetrators to justice and shed light on injustice as it unfolds. But if footage isn’t captured safely and ethically, unintended harm can come to both the person being filmed and the person filming.

If we share this video, will we be exposing someone’s vulnerable identity or immigration status? Did we capture the right details, like badge numbers and street signs, to help investigators and media trust the authenticity of the video? Should we release the video before or after the police department makes an official statement?

These are the types of questions we think about every day to not only keep people safe, but also to make sure that the footage they film (and often risk their lives to capture) is utilized to its full potential.

When it comes to human rights violations, seeing is believing – and when used appropriately, video has the power to help secure justice. With resources and training, we have the ability to become active agents in creating justice simply by using the cameras in our pockets.

To learn more about our work, visit WITNESS.org and check out our resources on how to safely, ethically and effectively document human rights abuses.

Palika Makam, program coordinator, WITNESS’ US, will be speaking at MCON 2017 on June 6. 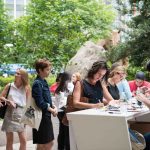 What to Bring to MCON 2017MCON 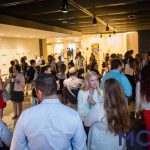